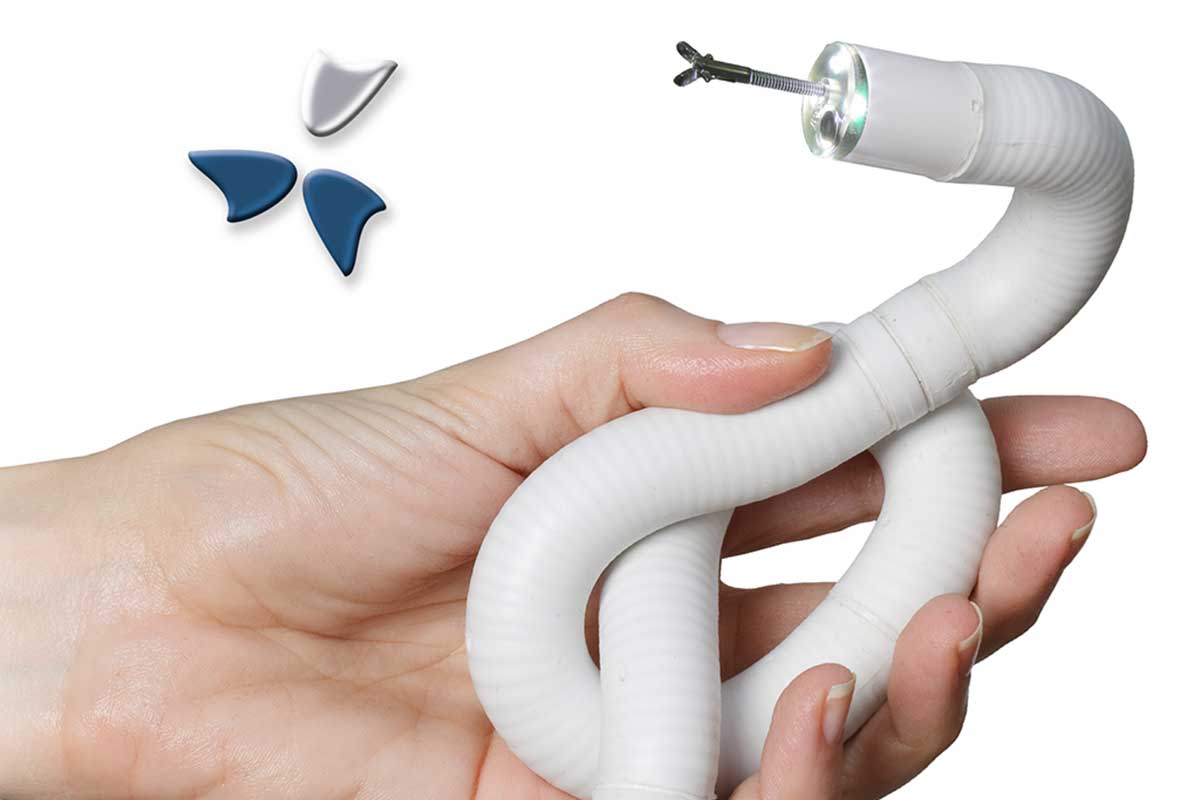 Revolutionary colonoscopy:  a robotic disposable colonoscope with surgical capability, designed to allow a painless, safer and easier procedure. This innovative solution goes beyond the colonoscopy limits of the traditional colonoscopy for the diagnosis of the gastro-intestinal part and has been developed by a spin-off company of Pisa School of Advanced Studies, Era Endoscopy.
The new technology has been adopted by Ausl 5 Pisa and it’s being used: thanks to  the contributions of Cassa di Risparmio di Volterra, is available at the “Spedali Riuniti Santa Maddalena” in Volterra. Era Endoscopy is a company who deals with projecting, carrying out and promoting innovative medical devices, in particular endoscopy barely invasive and has developed this “robotic moth” named “Endotics” (from ENDOscopy and roboTICS) following the patients requests to undergo a painless and safer colonoscopy, without further injuries.
The Endotics® System was first conceived by observing Geometer moths, it proceeds really like a moth, through an anchoring near its head and back-end with the capability to extend and reduce the central part.

Thanks to this revolutionary robotic technology, developed  by Era Endoscopy researchers, five important goals have been reached that improve colonoscopy quality, helpful to prevent colorectal cancer. With a pain-free colonoscopy Endotics eliminates all the risks linked to anaesthesia and sedation as well as perforation since the new technology doesn’t need any push. Since it’s disposable, there’s no risk in contamination. The whole exam is performed handling a joystick and with this innovation, the risk for operators to undergo professional illnesses is null. Lastly, Endotics guarantees the complete diagnosis in every patient even the ones with an increased sensitivity to pain, or with a particular anatomic shape. Andrea Piccaluga, delegate of the Rector for technology transfer and Professor of Management at the Scuola Superiore Sant’Anna, and one of the most careful and accredited scholars in reading and interpreting the reality of spin-off companies stressed “how important it is that the technology ‘Endotics’ is used at the hospital in Volterra, with whom Sant’Anna School collaborates intensively for some time, without forgetting the prospects for an international launch for the ‘caterpillar colonoscopy’, which has good prospects for use even in Asia”.

Giacomo Gamberucci, the doctor who performs the Volterra hospital exam emphasizes that “Endotics” technology, already advanced, will be able to reach new potential, that will make it usable in a broader spectrum of applications. “Now – says – is used in difficult colonoscopies, or in those patients where conventional colonoscopy can not see I’intero colon, for the future – he adds – it is easy to imagine an application used for those conditions in which the patients should, unfortunately, undergo more checks, as in inflammatory bowel disease. “In this perspective we are already studying the new version of the robotic probe equipped with an operating channel capable of performing biopsies. The new system will be available shortly, has already been presented to the national congress of gastroenterology where he obtained a great success. “Our healthcare business – said the Director General Health Authority 5 Pisa, Rocco Damone – invests in innovation reaching peaks of excellence in the area, as in this area for the hospital of Volterra. On behalf of the company I want to thank the president of the Savings Giovanni Manghetti cash, for the financial support that he granted to this important project”. Article from www.sssup.it